“The Fifth Season”: Aexylium and the music of awe-inspiring places 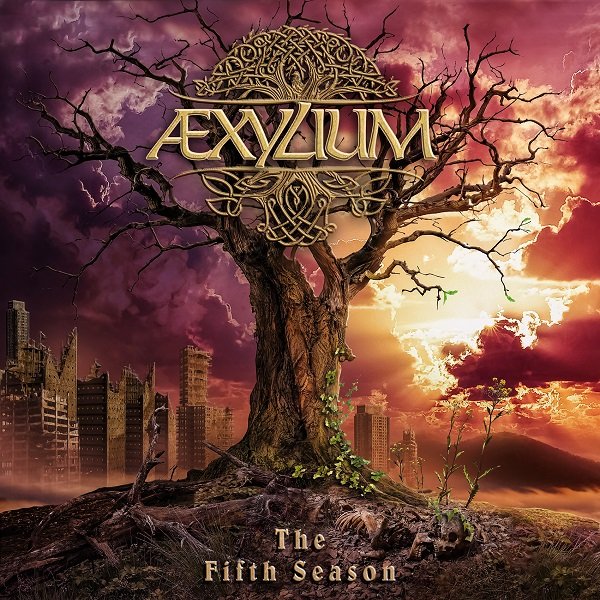 Do you remember the merry bearish outlaw Little John ransacking the king’s treasure hoards in Walt Disney’s motion picture “Robin Hood”? Not only did he like gold, he liked music as well. In fact, one night he asked for some folk tunes to a rooster bard, who promptly agreed to his request. Nowadays there are still many musicians ready to fulfill the rascal’s wish, not to mention the ones who mix folk with heavy metal…

If we focus on the Italian music stage, we see many ensembles combining guitars with old-fashioned wind instruments and stringed instruments. Sometimes those instruments reveal their place of origin, such as the Bergamo bagpipe “baghèt”.

The first releases by some of these bands date back to two decades ago, but in the meantime many passionate musicians have joined these trailblazers. The Lombard band Aexylium is among the most recent ones. This music project was born in 2014 and in 2021 it achieved a remarkable milestone publishing its second full-length album “The Fifth Season”, whose cover artwork can be seen at the beginning of this article. 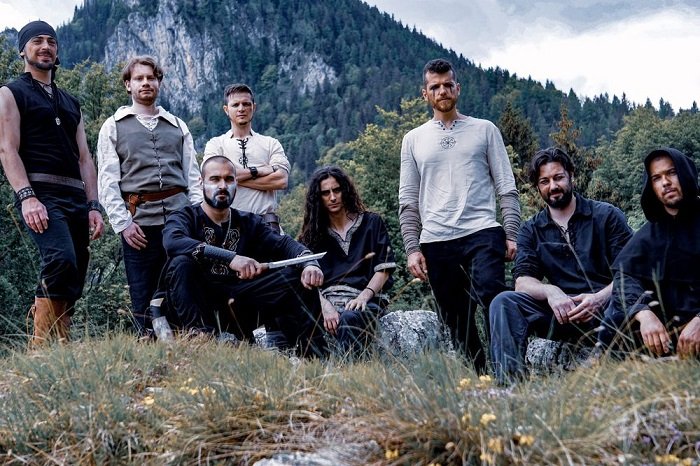 Aexylium is made up from eight musicians since its first full-length “Tales from this Land”, but there are also many other persons who have played an important role in the band’s history. At the top of the list stands Ivano Morisi: a true mentor for the ensemble, although now sadly passed away. Not by chance he acted the part of a noble-minded, hardened old man in the video clip of the song “Tales from Nowhere” taken from “Tales from this Land”.

Other people who have contributed to the band’s progress are the sound engineer and music producer Davide Tavecchia, and all the guest artists involved in the recording of “The Fifth Season”: the singer Samuele Faulisi of Atlas Pain music project; the Coro Facoltà di Musicologia Vocal Ensemble; and the singer Arianna Bellinaso.

In particular, the latter has enhanced two songs of the album with gentle female vocal parts, which are combined with the heart-felt vocal lines of the band singer Steven Merani. The result emphasizes the expressiveness of both singers, also through their contrasting performances.

Before focusing on the lyrical themes of the two above-mentioned songs, let’s point out some general conceptual nuclei in Aexylium second full-length album.

The final intentions of a Danish warrior hunched behind his shield on an English battlefield in AD 910; visions of Norse epic among the branches of the cosmic tree Yggdrasil; a shout from the lookout announcing the discovery of Vinland; revel at Odin‘s jubilant court; the eerie brooding of a creature trapped between dusk and dawn…

These are some topics taken from “The Fifth Season”, and the fans of medieval literature, history and poetry among you have surely found them fascinating. Furthermore, there is another theme that clearly stands out in the album: a reflection on the natural environment surrounding us. No wonder about it: among the subgenres of the heavy metal-hard rock family tree, folk metal embodies the idea of ​​”music of places” par excellence.

By “place” we mean something factual, such as the location of an event, but also the imagery connected with it. Folk metal music embodies both meanings and Aexylium’s second full length album brings evidence to this concept.

A good example of physical place can be a geographical area which is the setting of historical facts. The song “Battle of Tettenhall” by the Lombard band deals exactly with this meaning, since it describes the English field where in AD 910 the aforementioned battle between a Danish army and the Anglo-Saxons of King Edward the Elder (c. 871 AD – 924 AD) raged.

A place can also be of inner value for a single person due to the deep feelings which it arouses. If we take into account the breath-taking awe inspired in many romantic artists by the sight of wilderness, the second song of “The Fifth Season”, “Mountains”, shares the same heart-stirring emotion. By the way, this is one of the two tracks enhanced by the combined vocals of Steven Merani and Arianna Bellinaso.

The last meaning of the word “place” is the most general of all: the environment surrounding the human being up to the utmost edge. Metaphorically speaking, one could even say “cosmic” edge. Let’s summarize this concept of ​​”infinite place” in the word “ecosystem”: the interaction between this system and the contemporary human being comes consequently, in particular as far as its current lack of balance is concerned.

Aexylium coined a synonym for this imbalance situation, that is the “Fifth Season” which entitles their second full length album. The lyrics of the title track paint a bleak wasteland where crumbling debris loom in the distance and human civilization has almost died out. Mankind has played at the same time the roles of victim and executioner, thus being guilty of its own ruin and of natural disasters: the unnatural “Fifth Season” has wasted the world.

The graphic artist Jan Yrlund has designed his own view of this gloomy scene for the cover artwork of the album, following carefully the lyrics of the title track: we recognize in the illustration the «cities (…) empty, abandoned for years», and the deserts where «famine and drought have spread».

In the centre of the picture a withered tree stands insecure and irreparably injured under a repugnant sky: someway it reminds of the legendary ash tree Yggdrasil towering above all cosmos, whose ruin heralds the collapse of the whole universe as told in Scandinavian myths.

However, according to the ancient Nordic poems, Yggdrasil is threatened by a supernatural scourge; while Jan Yrlund’s tree undergoes human insanity. Moreover, the two trees don’t share the same doom: in fact we can easily notice on the cover artwork some delicate leaves sprouting on the branches over stems in bloom, and a luxuriant creeper clinging high to the bark. All these features are perfectly in tune with the title track lyrics: «Now the Earth is finally livable, and the animals are back in the woods». The metaphor is plain to see: a new natural cycle has begun along with a new chance for mankind.

We can now draw some conclusions about Aexylium’s message regarding the “universal problem of nature”. It involves both a warning and an assurance: protecting the environment is still an achievable goal. Among the dauntless warriors, the weird creatures, and the reckless explorers who live high adventures in the songs of “The Fifth Season”, the simple human being holds still the greatest power: he is the one to decide whether to protect or annihilate the wonder whose «branches stretch over the whole world and tower over the sky»…

These last poetical words were written by the Icelandic scholar Snorri Sturluson (1178 AD – 1241 AD) to describe the cosmic wonder Yggdrasil, but they are also perfectly fit to describe nature; aren’t they?
Paolo Crugnola

“Ixnay On The Hombre” – Offspring