Eastwards on the heavy-metal map: Aria and the lurking chimera 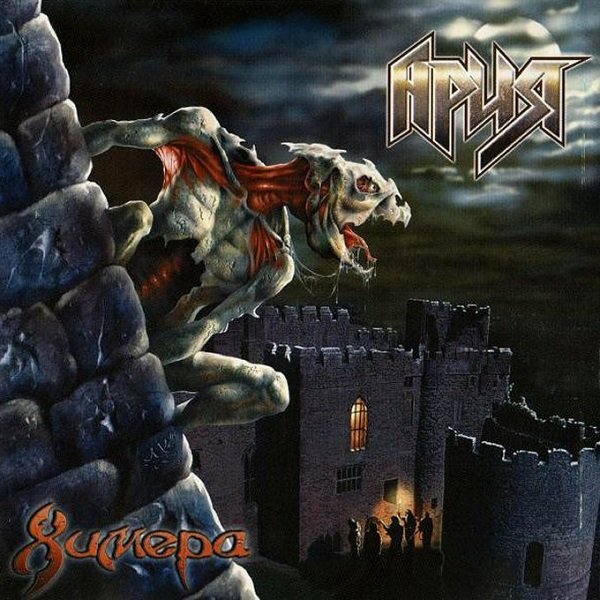 An old saying goes: “When in Rome, do as the Romans do”, that is, in different nations an object, behavior, or particular style may be interpreted in different ways. And heavy-metal is no exception.

After a waning phase during the second half of the 1970s, this genre regained wide popularity in the United Kingdom between 1979 and 1984. The revival was so impressive that a new acronym was coined to identify the young English bands that belonged to it: NWOBHM (New Wave of British Heavy Metal). Moreover, this new music style quickly crossed the borders of its “English cradle”, spreading simultaneously since its inception in continental Europe.

During this phase heavy-metal has kept common, “supranational” characteristics in terms of themes, clothing and imagery. However, there have been also different and unexpected developments in the nations where it was “exported”.

A first example can be found on a linguistic level. Many Spanish heavy-metal artists of the early 1980s, such as Baron Rojo, chose to adopt band names and lyrics in their mother tongue, although most Western European ensembles opted for the English language. Some Italian bands even anglicized the names of their own members (for example: the bass player of Gunfire, Maurizio Leone, took the stage name “Maury Lyon”, while the guitar player took the pseudonym “Lord Blackcat” because cats were among his favorite pets). 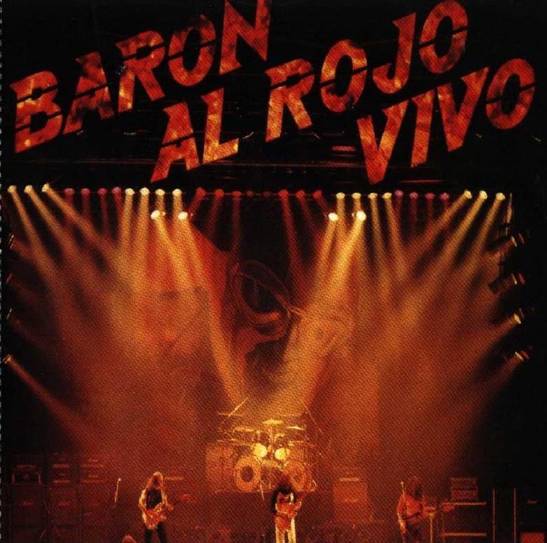 Another example of the “local evolution” of European heavy-metal can be found in the themes of the songs. In almost every nation the lyrics were very often based on the adventures of reckless motorcyclists, according to the models codified by the NWOBHM; yet some musicians decided to develop these subjects in a personal way, unleashing the English “motorcycle men” … on their own national roads. This was the case of the Italian brothers Cappanera, who dedicated a song to the “Aurelia Freeway”, a state highway connecting the three Italian regions Liguria, Tuscany and Lazio.

On the contrary other ensembles, such as the Swiss Hellhammer, abandoned the foreign clichés inspired by the world of bikers, developing an extremer version of heavy-metal. Their experiment involved lyrics, music and look as well, paving the way for many Scandinavian musicians of the following decade that shared their views.

This list of peculiarities, inventions, and eccentricities which characterized the European metal scene of the 80s could go on indefinitely. However, it starts from a wrong premise. Only the nations of Western Europe, in fact, are usually considered as the “nursery” of European heavy-metal, omitting to mention the bands formed in the so-called Ex-Eastern Bloc.

In Italy, little was known until very recent years about the musical panorama of nations such as Poland or Romania in the decade before the fall of the Berlin Wall. Even less is known about music kinds which have today a relatively limited audience, such as hard-rock and its derived genres.

Let’s “make up for lost time” discovering a leading heavy-metal band of the 1980s from Eastern Europe; we will give attention to both the concept and the imagery of this music group. Ария (“musical piece”, “melodic motif” in English and Italian) is a Muscovite ensemble founded in 1985 and still on the go, being appreciated among metalheads and – something uncommon in Western Europe – among the wider public of their native country.

The songs of this band are all in the mother tongue: since 1985, their lyrics have been written by the writer and lyricist Margarita Pushkina and by the versatile artist, producer and journalist Alexander Yelin. A combination of this kind is certainly a class of its own. As regards the themes, they can be grouped in three categories: historical subjects; introspective analyzes expressed through a poetic language, lifelike and delicate at the same time; topics regarding heavy-metal imagery. 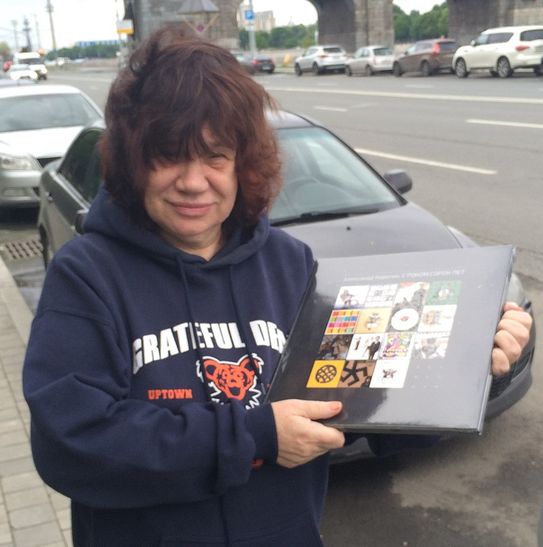 An example of the third theme can be found in the title-track of the album released by Ария in 1987: “Герой асфальта” (“Asphalt Hero”). The lyrics of the song revolve around the concepts of freedom and independence personified by an adventurous motorcyclist, “cut from the same cloth” of his NWOBHM fellows: we can recognize his portrait on the cover artwork of “Герой асфальта”. The armored biker is an iconic figure, and he could have become a long-lasting mascot for the Russian band, taking the same role that the famous zombie Eddie the Head has for the English ensemble Iron Maiden.

Actually, the “Asphalt Hero” did not have this “assignment”: another character took it fourteen years later. We have therefore to advance in time up to 2001, when Ария released the album “Химера” (“Chimera”).

On this record’s cover illustration, a sinister creature stays above a moonlit stronghold, as on most of the band’s following cover artworks, until being identified as the mascot of the ensemble. The weird monster is the chimera that gives the album its title, and it is called Zhorik, short for Georgy, corresponding to the Italian Giorgio and to the English George.

It is quite surprising that a monstrous creature has been given a common name with such a good-natured nuance. However, the same goes for Eddie the Head, as well as for the equally threatening Adrian who identifies the German band Running Wild. 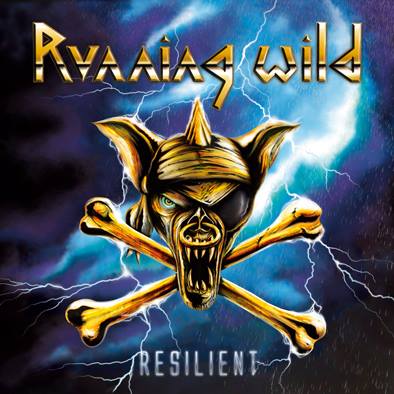 Ария’s mascot looks even grimmer than his two “colleagues”: Zhorik‘s bony body and its bestial features bring to mind medieval nightmares and fears which can be explained on an instinctive level, rather than on a rational one. The creature can also be compared to the deadly Xenomorphs which made the sci-fi series “Alien” universally famous. In fact, among the great admirers of this saga there is Yuri Sokolov, record producer of Ария and “deus ex machina” of the Russian band’s image since the early 2000s.

Let us propose our own personal interpretation about the prowling chimera: it seems likely that the artist Leo Hao, author of the front-cover of “Химера”, has represented through Zhorik an allegory of an “evil tempter” similar to sinister characters such as J.W. Goethe’s (1749 – 1832) Mephistopheles. The illustrator might also have gathered in the chimera the features of three characters standing out in as many songs of the record: the fanatic terrorist, the alienated drug addicts, and the vampire, who are protagonists, respectively, in the songs “Химера” (“Chimera”), “Небо Тебя Найдёт” (“Heaven Will Find You”), and “Вампир” (“Vampire”). In fact, the lurking creature seems to embody both the desperation and the grudge of a restless outcast, whose worsening loss of humanity leads him inexorably to the status of a wild monster crawling in his dark lair.

The character’s loss of humanity seems also irreversible: if we glance at the next cover artworks of Ария, we can say that Zhorik has not calmed down over the years. On the cover of the 2002 compilation “Штиль” (“Calm”), in fact, the chimera turns into a demon plotting the doom of a wretched crew, and in the same year it wears a gladiator’s armor on the illustration of the single “Колизей” (“Colosseum” ). 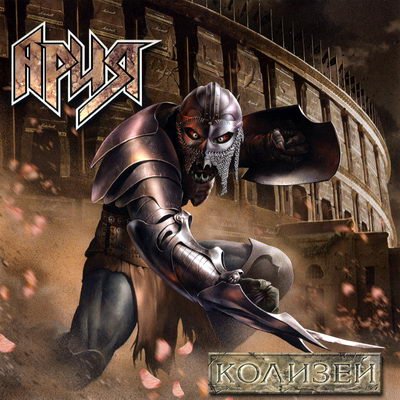 In 2006, instead, the chimera drives a motorcycle at break-neck speed, fleeing from the catastrophe of the album “Армагеддон” (“Armageddon”). We recognize it, two years later still in biker’s clothing, striking a pose like the “Asphalt Hero” for the celebratory live album “Герой асфальта: 20 лет” (“Asphalt Hero: 20 Years”).

These are only a few among the appearances of Zhorik: among the most recent ones there are certainly the 2019 live album “Гость из царства теней” (“Guest from the Kingdom of Shadows”) as well as the reissues of two previous albums, released in 2020.

On the whole, the chimera has accompanied Ария for about two successful decades. It is certainly an enviable result, and it does not have many rivals even among the mascots of “western” heavy-metal bands.

The French philosopher Ernest Renan (1823 – 1892) wrote: “Nothing great is achieved without chimeras”… In the case of Ария , Renan has been right twice.
Paolo Crugnola with the precious collaboration of the co-author Ksenia Brigadina 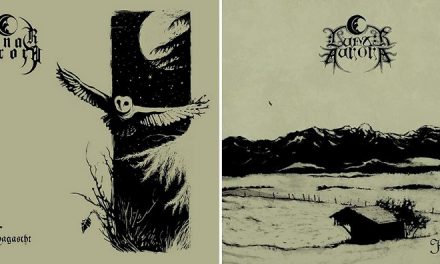 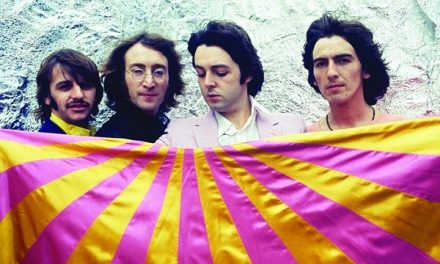 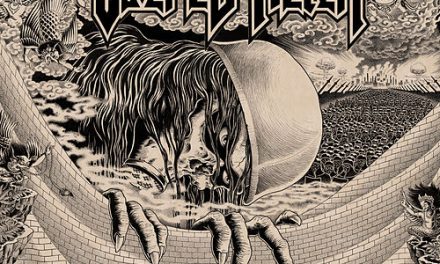